In 2018, Bridor celebrates its 30th anniversary. For those of you who have visited our new facilities at the Servon-sur-Vilaine site, here are some figures to give you a broader view of the company.

These figures reflect Bridor’s business in 2018, both in France and abroad.

The motivation of our staff who contribute to Bridor’s success is contained in key quotes from our President, Mr Louis Le Duff:

Artisans stand out for their procedures, know-how and selection of raw materials. Over several years, Bridor has built up close cooperation with MOFs from different disciplines in the catering industry. Our products are world renowned for their exceptional quality and authentic taste. The result is enjoyable and healthydishes for guests.

’People are our greatest asset’

Particular emphasis is placed on apprenticeships, which value the passing on of our trade to the next generation. 30 work-study participants and apprentices join our team and are trained every year.

WITH BRIDOR, WE CULTIVATE FRENCH-STYLE EXCELLENCE

Bridor is part of the family-run LE DUFF Group,
With a turnover of more than 2 billion euros, nearly 2000 restaurants around the world and 34,000 employees.

BRIDOR IN A FEW KEY DATES

1995: Launch of the Paysan Breton country croissant with churn butter.

1997: Bridor signs a licence agreement with LENOTRE and begins exporting to Japan.

2001: Development of the ready-to-bake pastry range. This technique revolutionised the hospitality market.

2005: Sales representatives and technical staff are paired up on the ground in France to provide a help desk for our customers. These bakers are also going to join sales teams abroad to develop training on Bridor products to our customers.

2005: Start-up of bread production in Servon-sur-Vilaine.

2006: Launch of Eclat du Terroir, a unique brand and recipe that has become a leader on the French artisanal food market.

2009: Launch of the organic range. Bridor is a pioneer in this market segment.

2010: Start of the partnership with MOF baker Frédéric Lalos on a range of large breads.

2011: Implementation of the partnership with Bocuse d’Or. Bridor confirms its place as the preferred supplier of chefs worldwide. 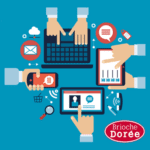 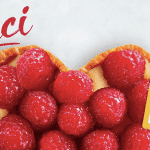